Are You a Fearless Follow or a Solid Sender? 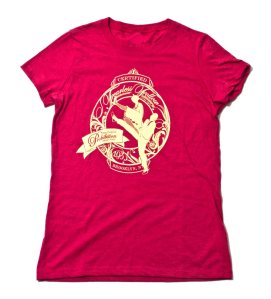 At last August’s Jazz Age Lawn Party I happened upon a booth for the upstart men’s clothing company The Original Prohibition Clothing Company and reported on some of the most beautifully tailored men’s clothing I have seen in person. The company’s owner and designer, Corey Miller, sent me an email last week to let me know that the website was now open for business and that their offerings are expanding and continue to expand (including expanding into women’s dandy-wear – paging Sam Carroll…)

While I don’t talk a lot about tee shirts on this blog, it’s a fact that most dancers wear tee shirts dancing most of the time, especially men. Corey has noted this and when he “looked around at most of the dance tee shirts, they identified your love for dance, but the shirts themselves weren’t lovely.” I like the way this man thinks – to add to the small pool of Lindy Hop merchandise available to us, TOPCC is now offering two tees – one for “Fearless Follows” and another for the “Solid Sender.” The design on the tees is certainly lovely, with vintage styling and iconic silhouettes. Now that I am the proud owner of a Fearless Follow tee, I can attest to the fact that this is one of the softest tee shirts I own – it will be a delight to wear!

While you’re at TOPCC website, you should absolutely look around – there are fabulous things here, too fabulous, really. I pretty much want to buy everything here for my husband to wear! Impeccable jackets, Hollywood trousers, wonderful vests, variations on the collared shirt, newsboy caps, and even men’s ties in a Tommy gun pattern (to continue the theme – cheeky).

And thanks to Corey for designing with the swing dance community in mind – a rare thing, indeed!

While the Gentleman’s Emporium boasts primarily reproductions of Victorian and Edwardian garb for men and women, there are some things that remain timeless and, thus, useful to swing dancers aspiring for a vintage look from just beyond Edwardian times or for those who aspire to the high style of Mr. Bobby White. Gentleman’s Emporium makes it easy for buyers – if you aren’t sure what pieces go together, you can view the items by “Outfit” for a head to toe ensemble, grouped in clever characters like “Toby Greenwell – Newsboy,” “Professor Babcock – Man of Science,” “Dickerson Potts – Sportsman,” and numerous other rogues and gentlemen. The ladies also have characters and ensembles, but are, for the most part, not period-appropriate and not dance-able.

In the alternative to the ensemble approach, the Gentleman’s Emporium lists their stock individually in categories, so if you are looking for a vest, you need only click on the proper category. This is probably going to be the most effective way to buy pieces to re-create 1920’s and 1930’s looks via this website. I’m treading lightly here, as menswear is not my forte, so if I’ve listed something that is just not in the realm of comprehension during the jazz age, I apologize.

Here’s what I think might be useful from the Gentleman’s Emporium: 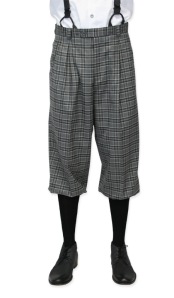 Knickers, shown here in charcoal, but also available in a tan/rust plaid and a black/burgundy plaid

In light of my continued search for Norfolk jackets, I thought this safari bush jacket was just wonderful 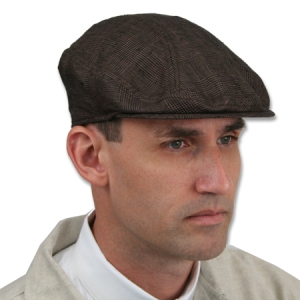 Brown sporting cap in linen, which means this hat breathes 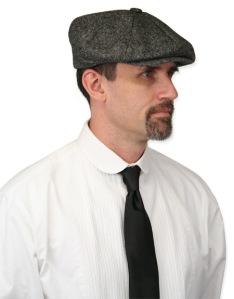 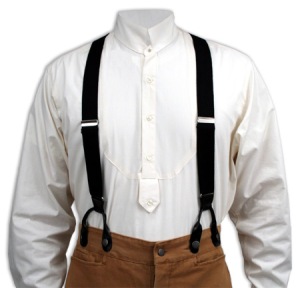 Canvas braces - they also offer elastic, but I thought the canvas was interesting

Are you looking for that perfect vintage-looking cap, one that’s less Kangol and more newsboy circa 1932? Look no further than the eBay store ZaSu Caps, a treasure trove of vintage style hats and caps, including newsboy caps, alpine caps, railroad engineer caps, a pith helmet, and some WWII reproductions.

The maker of these hats, Ralf Reynolds, is also one of the Reynolds Brothers, a trad jazz duo from that packs a mean, swinging punch. Further, “Ralf has the distinction of being the only person ever to have a 30 year career as a professional washboard player.” Check their website – how adorable are these guys?

From Peter Loggins, via Facebook (who tipped me off about the hats): “These are the cats that seriously influenced my dancing, practicing every day to their Futuristic Junglism CD, songs like Pigmeat stomp. Fun, down to earth, historical knowledge, John Reynolds also played in Mora’s Modern Rhythmists, and is a hell of artist, and Ralf Reynolds makes the hats I wear!!! Zasu Caps…I remember the night I first met Ralph, he had just moved back to California, and went to the Derby, with a duffel bag full of hats. I can’t remember how many I bought, but it was every one that fit me…”

Find ZaSu Caps on Facebook and become a fan! Watch the video below, and you’ll become a fan of the Reynolds Brothers as well. 🙂

Here’s a sampling from the eBay store: