I am still mourning the fact that my schedule will not allow me to attend either Jazz Age Lawn Party at Governors Island this summer. In honor of the June JALP this past weekend, here is a selection of 1920’s items inspired by the event on eBay: 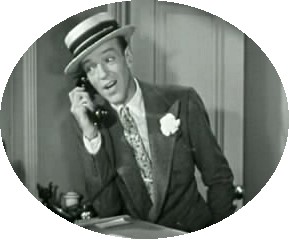 Continuing with the nautical theme, I thought I’d post some straw boaters, so the gents can order them in time for Independence Day festivities. According to Wikipedia:

“Boaters were popular as summer headgear in the late 19th century and early 20th century, and were supposedly worn by FBI agents as a sort of unofficial uniform in the pre-war years…Being made of straw, the boater was and is generally regarded as a warm-weather hat. In the days when men all wore hats when out of doors, “Straw Hat Day”, the day when men switched from wearing their winter hats to their summer hats, was seen as a sign of the beginning of summer. The exact date of Straw Hat Day might vary slightly from place to place. For example, in Philadelphia, it was May 15; at the University of Pennsylvania, it was the second Saturday in May.”

I have heard that boater hats were generally considered disposable, a hat that someone purchased new every year – now, a vintage boater and new boaters will set you back a pretty penny ($100+), but some deals can be had if you dig for a bit. Here are some boater hats for sale in the more reasonable range: