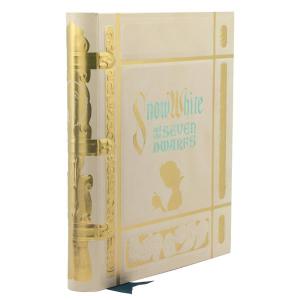 Besame Cosmetics has produced several of my go-to lipsticks for the past several years.  One of the questions I sometimes get is how to find a good red to wear, since red lips are signature to many swing era looks, and Besame has become an easy answer because all of their colors are inspired by actual colors from the past, attached with the color’s year of inspiration, and most of their shades are a variation of red.  The color is highly pigmented, the perfect matte, and is resilient and long-lasting.  Even Agent Carter wears Besame’s Red Velvet, so you know it can withstand a lot, whether it’s a night of dancing or kicking ass.

A few weeks ago I saw a press release from Besame Cosmetics that they had collaborated with Disney to produce a Snow White collection, based on colors from the 1937 animated feature.  Snow White is the first Disney princess, the swing era’s Disney princess, and I just so happened to have played Snow White in the Kindergarten play at my elementary school, so obviously I (and 6-year-old Lindy Shopper) was excited collection.  To make it even more attractive, the entire collection comes in packaging that is the shape of a storybook, which contains the cosmetics, a guide on the actual colors used in the movie (because they researched the colors from primary sources at Disney), and instructions on how to get Snow White’s iconic look.

Oh, and speaking of Agent Carter, the next special collection preview looks enticing..